I have continued last week's adventure with my little brother's knight Sibub today. I too lazy to do a proper introduction for what happened previously so here is a link to that post. 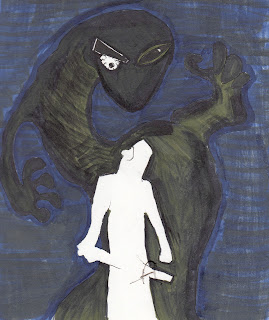 After Thoughts:
What went well:
Everything mostly. The world has solidified become more real in this game which is my personal holy grail of rpg experiences. Things flowed seamlessly and I didn't get bogged down and swamped in details like I often do when playing rpgs. It felt less like I was making choices to hold up an illusion and more like I was presenting the logical conclusions of what was being presented. Another interesting thing that happened is that rather than the traditional sedentary way of playing an rpg where the Narrator sits behind their screen and looks upon the players, there was an amount of dynamic movement. I would convey the creature thought body language as much as voice, my brother would pet the cat, we stepped over to the wipe board to sketch out spacial relations and so forth. It helps that I didn't have anything that needed that much hiding behind my GM screen.

Some may think that introducing complicated moral quandaries to a 10-year old and having them explain the meaning of family, identity and mortality is bit harsh but I think that part of the purpose of games and stories is to introduce these topics in safe and controlled dosages. RPGs are especially good for play with moral issues because of tactical infinity, ruling and fictional positioning can capture the nuance that strict rules often can not.
I recognize that this sounds rather pretentious and conceited to use elfgames in this way. I will attempt to justify my thought process by saying that I don't believe that art for entertainment and serious art are separate. I consider Discworld and Homestuck to be as worthy of the title of literature as anything by Shakespeare. This topic also goes on my list of things that deserve their own post.

What didn't go well:
I don't think I explained compromises most gracefully, and I ended up offering compromises to the threats I presented instead of my brother. I think this will resolve itself as we play more, where I will get better at explaining and my brother will get better at making stuff up. I also failed to include a good amount of the senario's details in a way that was natural. Maybe I should have spent more time on the recap. It's not the end of the world that not all the available threads got screentime so to speak though.

One downside of throwing moral quandaries at my brother is that at some point when the creature almost became violent, my brother's voice had a tinge of "I might cry" in it. While that shows that he got invested into the game is still a situation where I almost induced tears in a fellow human being.

Questions for next time:
What would be a good object to represent the idea of compromising? It's not necessary but dice have a tactile "mythology" the surrounds them that's older than RPGs. Dice are a physical representation of chance and luck, their fun and evocative while compromise doesn't have that. My current thoughts is to have a tiny scale, when you present a threat you put a weight on one side and when players come up with a compromise they place their own weight on the other. If you don't want to carry weights just weight it down with your finger. I should go see if I can get something like that 3D printed.

As I wrote this report it occurred to me that one of Sibub's motifs was a Protective Helm, which could logically protect him from a snapped neck death. I should discuss this with my brother.

What readings and explanations should I give my brother before next Sunday so that he can narrate well? The rules for Pyrrhic Weasel would be one, a little theory about how rpgs are a conversation would be another, but maybe just having him figure it out as he goes along would be a good approach. I should ask him how much secrets of Game Mastery does he want revealed to him and how much does he want to figure out on his own.

How do I balance positive and negative emotions in my games and writing? Is there some specific actions I could do to balance it or is this a matter of practice?

I feel I should make check if everything's ok with my brother,  how do I word that good?


Update:
I brought up how the Protective Helm would have prevented the neck snapping, and offered that Sibub survived but in a crippled state. My brother wanted to add the motif in that case, so he rolled an additional two dice and won't you know it one of them was a six. Sibub survived perfectly fine and only needs a few nights to sleep off his brief flight. Next week my brother is still going to be the Narrator, I'm curious how that's going to turn out.